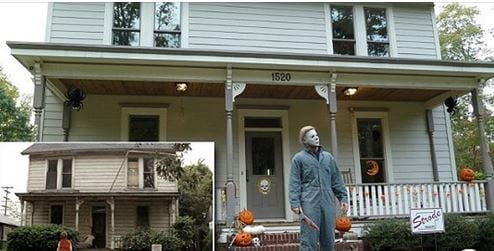 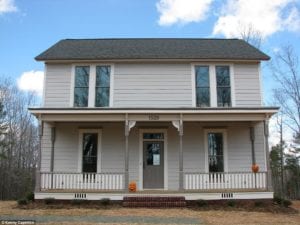 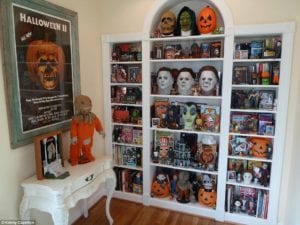 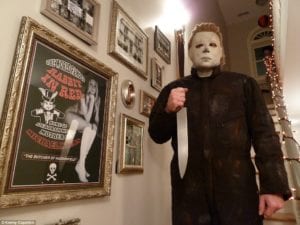 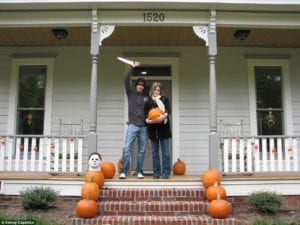 I have been A lifelong  horror fan and my favorite movie is 1978’s Halloween. John Carpenter is without, in my mind, a genius. I am a bit jealous of a North Carolina couple, who are also fans of the classic slasher flick Halloween and its villain Michael Myers.

They have built an almost exact replica of the Myers home seen in the film. From the outside Kenny Caperton’s Hillsborough, North Carolina house looks like any old Victorian. But for fans of  Halloween it’s instantly recognizable as the residence where the ‘boogeyman’ got his start.

And though it may have been the residence where a six-year-old Michael Myers kills his first victim – his older sister Judith – for Kenny and his wife Emily, it’s a dream home.

Kenny first got the idea to build a replica of the Halloween home in 2008, while he and Emily were taking a break from house-hunting in their native North Carolina to take a trip to Los Angeles.

The couple stopped by the original Myers House in South Pasadena, where it has been named a historical landmark, and that’s when Kenny realized what he wanted his home to be.

When they got home, Kenny tried got on the phone with South Pasadena, the city, trying to find the blueprints.’

That would bring Kenny and Emily to their first bump in the road – there were no original blueprints. So they designed the entire layout and floor plan of the house themselves.

The couple honored many of the original house’s features in their design, including Victorian architecture details such as the porch brackets and large windows.

Judith’s room, the staircase, hallways and locations of the kitchen, dining room and living room are also all in the same place as they are in the film, according to the home’s website The Myers House North Carolina. But the original home also has no bathrooms and four very small bedrooms upstairs – features Kenny and Emily knew they had to change to make the place livable.

The house’s exterior and front and side views, though, remain almost identical, so much though that many people never guess it’s less than 10 years old.

The couple moved in to their personal horror house in March 2009, where they have since filled it with antiques to represent the era of its source of inspiration – as well as plenty of horror decor.

And the house, located on five acres of farmland, is open year-round to visitors who are asked to make an appointment on the home’s website. Kenny and Emily even throw an annual Halloween Bash, honoring the movie that inspired their very first home together. 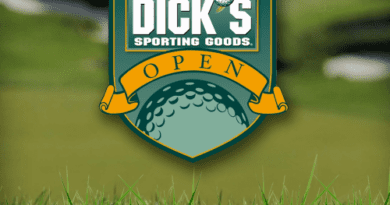 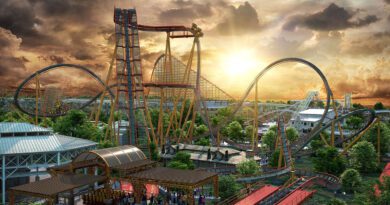 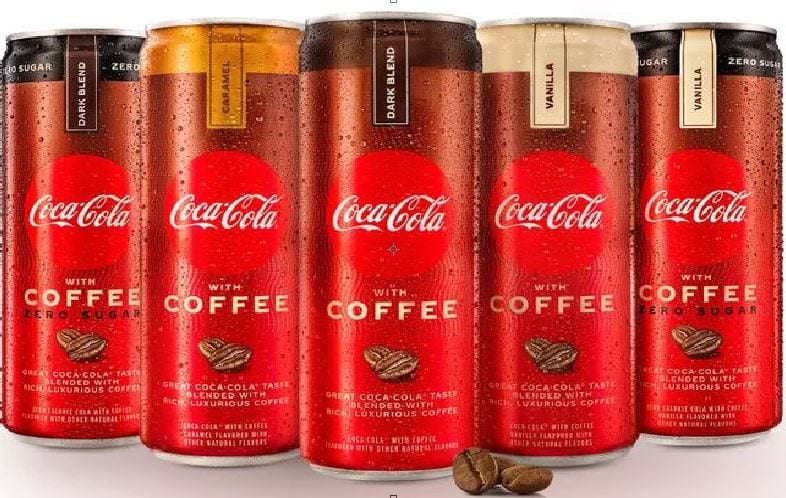 Coca-Cola with Coffee Is Now in Stores